Bombay Duck - Love it or Hate it - Can't ignore it!

The Bombay Duck or ‘Bombil’ or ‘’Gatagte’’ as it is locally called is Bombay’s most loved fish. It is believed that it acquired its name in the days of the Raj, from being transported on a train The Bombay Daak. The term was then referred to as duck and has since remained. According to references Robert Clive first coined the name after he had tasted it for the first time.The Daak (newspaper) smelt of Bombay Duck as it has a distinct sharp, strong, smell. 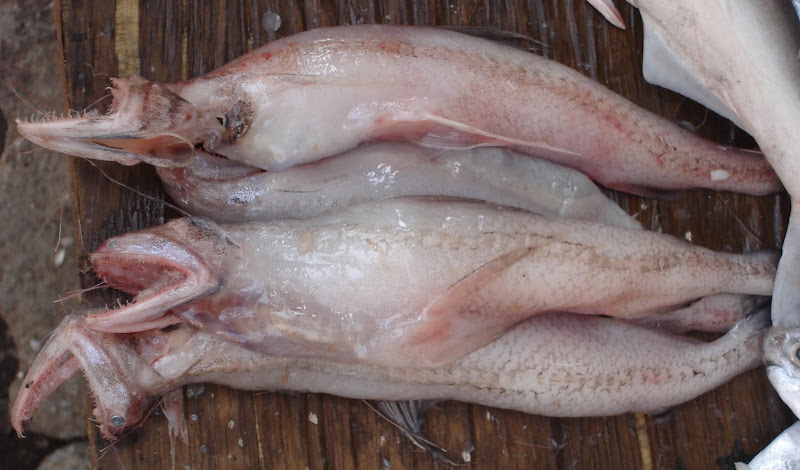 It is found in the city’s coastal waters especially during the monsoon.The Bombay Duck  can be described as a lizard – like fish in shape   having a thin, longish transparent body,pinkish in colour and a considered a relish at any dining table offering coastal cuisine.  It is native to the waters between Kutch in the Arabian Sea and found in small proportions in the Bay of Bengal. Not every fish lover has acquired a taste for Bombay Duck. And many run away  from its smell. Its versatility can be seen by the different ways it can be cooked. Curried fried, in the form of fritters or dried. It is a delicate fish hence care should be taken so as not to overcook it .
When curried, a Maharashtrian special requires minimum effort as once it’s marinated, its soft flesh cooks on its own steam. The charm of eating it is when it does not break.Dried Bombay duck is equally tasty. On fishless days one can have a dried Bombay duck which is already salted and dried months before with soft rice (In Marathi my mother-tongue and the language of the original  inhabitants of  Bombay such a soft boiled rice is  called Kheemat) or made into a chutney with spices to be had with Bhakri (Indian bread) or curd rice. 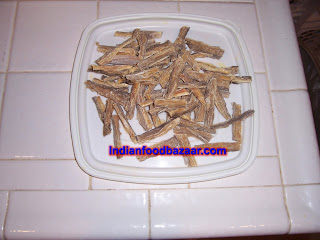 You can also remove the bone from a fresh Bombay duck  (a single one in the centre) and press it down with a weight, removing the water and frying  it in a tasty batter ------Bombay duck fritters are surely to die for. You can eat several of them  washing them down with a few beers and feni.

I recall the days when the ‘kolin’ (Marathi) 'masliwalli' (Marathi) or 'macchiwali'(Hindi) or the fisher-woman used to go from house to house with a basket of fish on her head carrying a variety of fish but we yearned to hear her call only for ‘bombil ghya,swaste ani taaje bombil’,( Marathi for - 'Buy fresh and cheap Bombay duck) only then was there a flurry of activity.All housewives would literally lean from their balconies waving frantically for the mere glimpse  of this precious personality to emerge from wherever and avail of the first pick.Then would begin the haggling Lovers of Bombay duck would buy not in kilos but in vatas , as they call in Marathi  ( a measure ) but the quantity that constituted one vata was always questionable.Naturally arguments would follow.Finally the sale would be completed with both parties contented.
Which were the communities that relished the Bombay Duck - the Maharashtrians,the Parsees,the Anglo Indians and the Goans. I remember  the days while returning by train from college the topic always centered around fish  especially  the Bombay Duck,in the ladies compartment. Each of them would compare prices in their own locality and the quantity sold vis-a-vis the prices at the fish market.Many of them would buy them from Sassoon Dock cheaply and then gloat  over the reaction of others.Such was the popularity of the fish . How can one forget the fisher-women crowding the second class ladies compartment with their fish baskets  and literally spreading themselves . And the prim  and neatly turned out office ladies turning up their noses at the smell emanating from the baskets as well as their clothes.The fisher-woman would  pass a rude comment while the demure ladies held their breath or put handkerchiefs to their noses.his gesture would further infuriate the ''kolin's'' in the bargain and then would start the abuses and the fights  . This is so typical of the Bombay  fisher-women. You cannot mess  with them!!